The Village Board of Trustees is a seven-member Board elected on an at-large, non-partisan basis. The Board consists of the Mayor and six Trustees. All members are elected for two-year, staggered terms.

The Village Board provides leadership and policy direction for the community with a focus on the long-term financial stability of the Village, identification of community priorities and development of an economic development program.  The Board is responsible for hiring the Village Manager and appointing the Village Clerk and Village Treasurer as well as members of the Ethics Board.

The Village Board of Trustees meets on the 1st and 3rd Tuesday of each month at 6:30pm in the Bradley Assembly Room, 3rd Floor Village Hall. Meeting agendas are posted the Friday prior to the meeting.

This excludes November this year in which the Village Board only meets on the 3rd Tuesday of the month. And finally, March they will meet the 1st and 4th Tuesdays due to Local Election Day falling on the 3rd Tuesday. 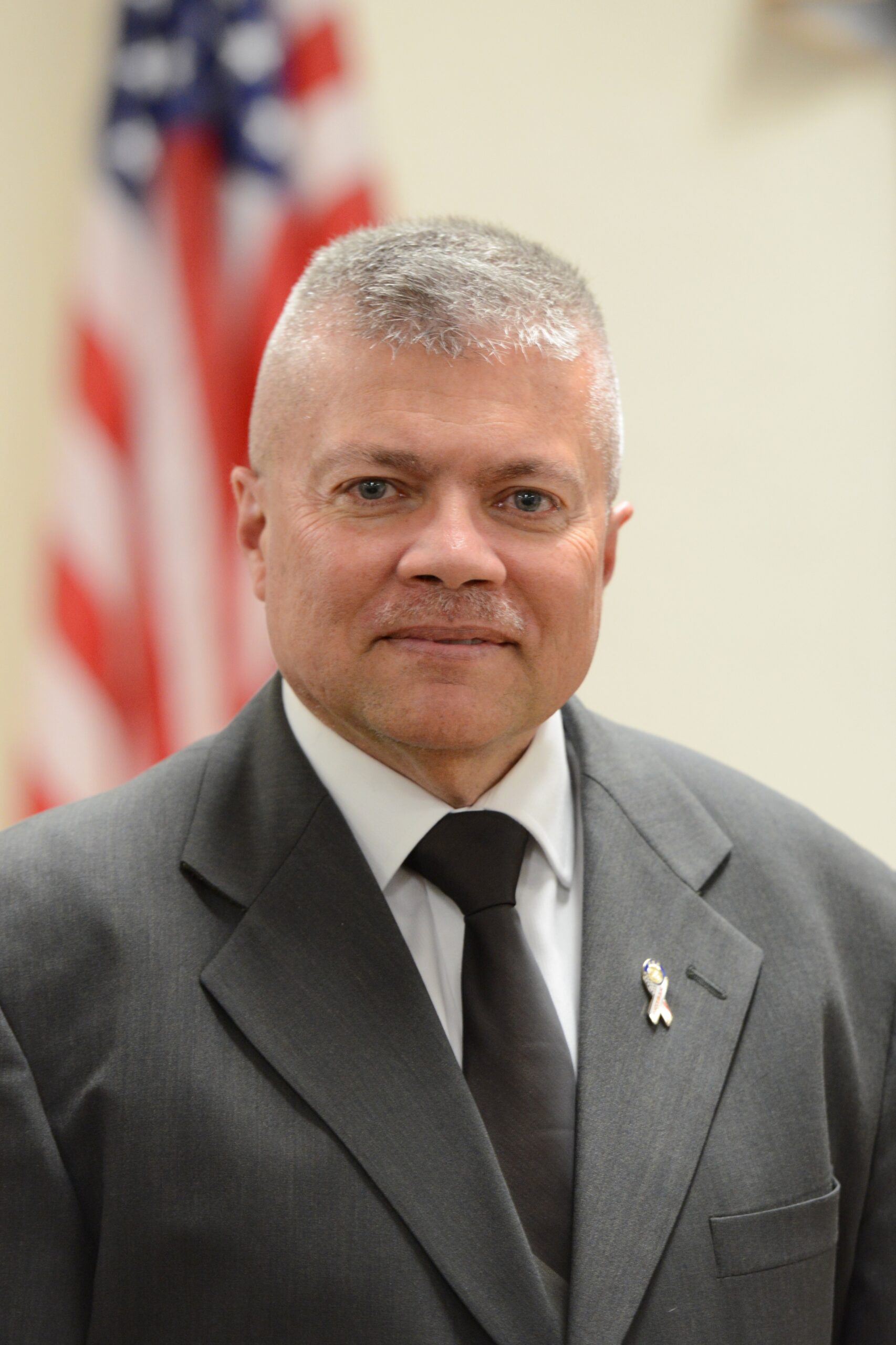 John was born in Newburgh and grew up in the Town of Plattekill. His father Augustine Ramos was a Framer for Schoonmaker Homes and his mother Ramona was a factory worker making Christmas trees and she currently resides in Puerto Rico. John graduated from Wallkill Senior High School after which he enlisted in the U.S Air Force.  During active Duty he was stationed at Rhein Main Air Base, Frankfurt, Germany and traveled to many destinations around the world.  After serving 4 years active duty he finished his tour at McGuire AFB in New Jersey.

In January 1989 John joined the New York Air National Guard at Stewart Air National Guard Base, Newburgh.  Juggling two careers, John attained the Rank of Criminal Investigator, with the New York State Police in January 2000.  He deployed in support of Operation Enduring Freedom several times.   He ultimately retired from the New York State Police, in December 2008 with 22 years of State Police Service and retired from the Air National Guard in January 2010 as Senior Master Sergeant, E-8, First Sergeant, with a total of 26 years of military service.  In July 2010, he went to work for the U.S. Dept. of Veterans Affairs and took an early retirement, retiring December 2017.  He is currently working with the NYS Thruway Authority as an Assistant Traffic Supervisor.

John has been a Village of Walden resident since 2006.  He served on the Village of Walden Planning Board from May 2014 until his appointment to the Board of Trustees in October 2015.  He then successfully ran for election in 2016 and again in 2018 for 2 year terms.  He is a member of the Board of Directors for the Orange County Association of Towns, Villages, and Cities.

John is currently studying Organizational Management at Nyack College.  When John is not enjoying time with his beautiful wife Catherine Lee Ramos, Esq. and his children Victoria 29, Gabrielle 22, Andrew 12, and Isabella 9, John can be found advocating for Veterans Rights, coaching his children’s Little League teams, and just being an all-around great guy. 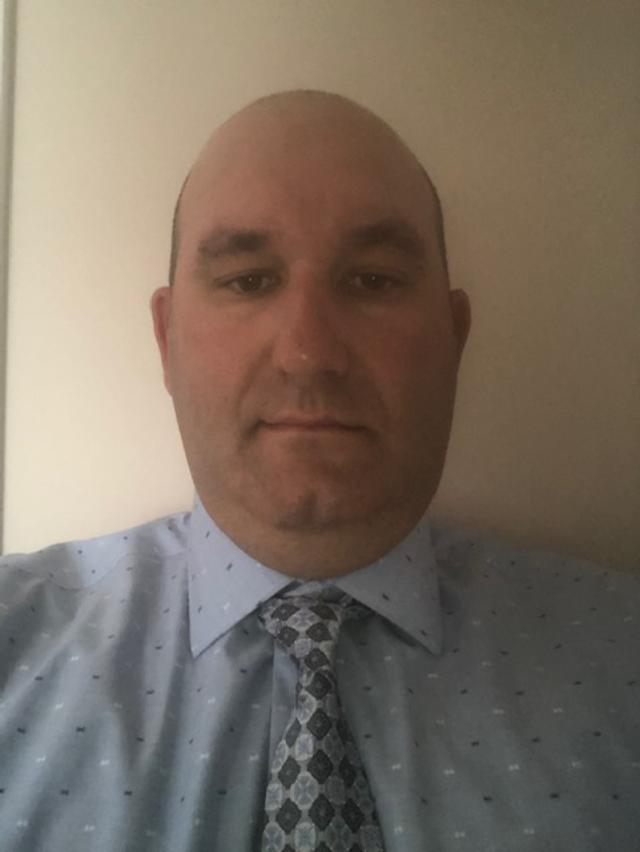 John has always given back to his community, specifically to the youth population.  He has coached Little League Softball, Cal Ripken baseball, travel softball and travel baseball.  John is also currently the President of the Orange County Cal Ripken League. 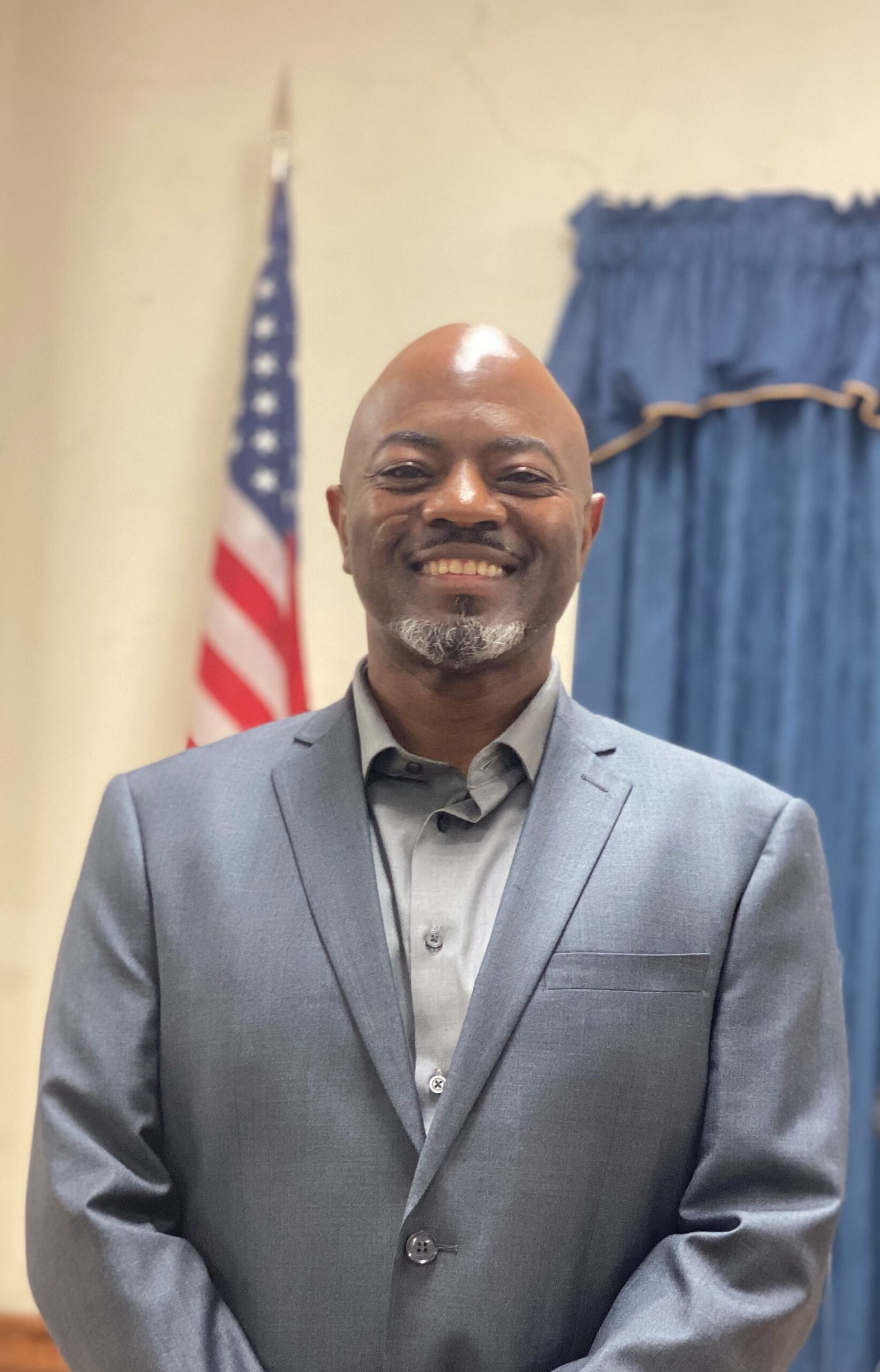 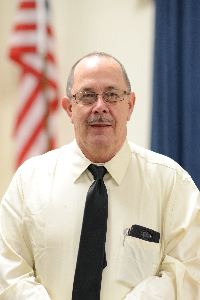 As a lifelong resident of Walden, Brian graduated from Valley Central Senior High School in 1965 and then served in the United States Air Force from 1966-1969 as a C130 Mechanic stationed in Okinawa, Vietnam, and McGuire Air Force Base in New Jersey. Brian has always been an extremely active resident.  He is a life member of the Enterprise Steamer Co. #2 and has served as the Recording Secretary as well as 2nd Lieutenant as a Line Officer during his tenure.  Brian was involved with the Walden Ambulance Corp serving as President of the Corp and also as Chairman of the Building Committee.  Some of Brian’s other affiliations include: Walden Community Council Veterans Park Committee; NYS Main Street Grant Committee; Harvest Fest Committee; the Soap Box Derby Committee; National Night Out Against Crime Committee; the Winter Carnival Committee and helped build the playground at Wooster Memorial Grove Park.  Recently, he was involved with volunteering for the Hudson Valley Honor Fight working to modernize their headquarters located West Main Street in Walden.

Brian served on the Village of Walden Planning Board from 2013 to 2015 when he was elected as a Village of Walden Trustee.  Brian humbly accepted the 2014 Mary Jean “Midge” Norman Volunteer of the Year Award for his volunteer efforts and dedication to the Village. He is a retired Mechanic/Equipment Operator from the local 825 Union of Operating Engineers.

While serving the Village he loves so much, in his spare time he and his lovely wife Mary Beth are doing their best to enjoy retirement and their beautiful grandchildren. 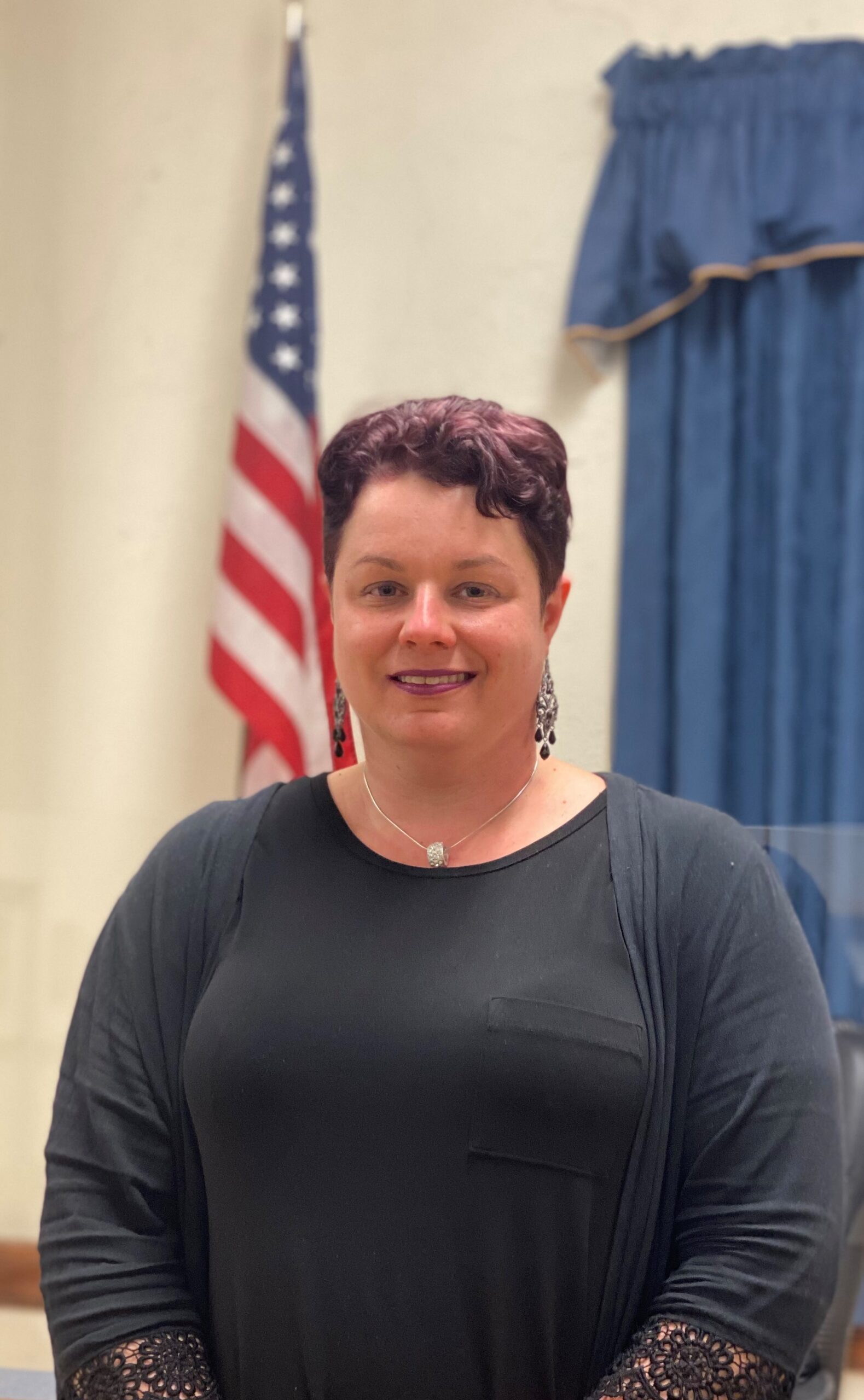 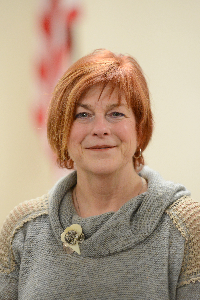 Lynn moved to Walden in 1981 from Montgomery. She has been married for thirty six years. She and her husband have raised three fabulous children. They consider Walden to be an incredible family friendly Village. While busy raising her family, she was also an RN for thirty three years. Her area of expertise was obstetrics. She achieved national certification in that specialty. One of her proudest accomplishments was being part of the original team that brought the Neonatal Resuscitation Program to Horton Hospital (now ORMC). Having this national certification has become a mandatory job requirement for anyone providing care to neonates in most parts of the country.  It has become the goal of this program to be implemented worldwide. She took over the program in the early 1990’s & managed it in its entirety, including the budget, until retirement in 2012. She served on various committees at the hospital over the years.

Working as an RN required excellent assessment skills, communication skills, sound knowledge of numerous topics, & the ability to work well with others. She served on the board of the Viking Aquatic Club for several years. These are all skills & experiences that she can bring to her role as a Trustee.  She was elected as a Trustee in 2017.

When not busy working as a Trustee, you can find Lynn gardening, reading, spending time with her beautiful grandkids, or the new family puppy.

Patricia Maher is a lifetime resident of the Village of Walden and has dedicated much of her life to giving back to the community.  She is an experienced business leader with proven results in achieving goals and holding the line on budgets.  As a mother, a manager and a community service leader, Patricia knows that it takes hard work to make an impactful difference.

Patricia Maher is the co-founder of Hudson Valley Honor Flight, a nonprofit organization headquartered in the Village of Walden, whose mission is to allow veterans to visit their memorials in Washington D.C. through an all-expense paid flight and day of honor.  Since the organization was founded in 2012 nearly 2000 veterans from throughout the Hudson Valley and tri-state area have been honored. She actively sits on the Board of Directors and works on committees for fund development, special events and flight team.

Patricia is also a volunteer “Angel” for Hope Not Handcuffs, an organization that works closely with local law enforcement to help guide those who are troubled with addiction.  Patricia raises her hand every chance she can to volunteer for local charitable organizations, always seeking to set a positive example for her children while giving back to our community.  For her involvement in her community in 2016 she was a recipient of the prestigious Orange County Rising Star award.

Patricia graduated from Mount Saint Mary College with a bachelor’s degree in Business Management and minored in Public Relations. She has spent 18 years in the private sector as a career manager.  Her management experience has made her an experienced financial auditor, budget analyst and all-around problem solver. She prides herself in thinking outside of the box and collaborating with others to get results.

Patricia’s favorite place to be is in the kitchen, cooking for family and friends. She loves all types of music and the arts and she still listens to records on vinyl. In high school, Patricia petitioned the school board at John S. Burke to start a hip-hop dance team – and she was successful in her endeavor.

Patricia has strong family values and prides herself for being an actively present mom and stepmom.  Her idea of a perfect day is starting with a family breakfast and ending with a family walk throughout their beautiful neighborhood.